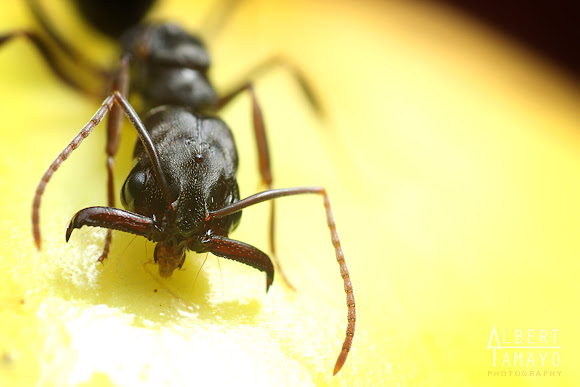 Commonly known as trap-jaw ants, species in Odontomachus have a pair of large, straight mandibles capable of opening 180 degrees. These jaws are locked in place by an internal mechanism, and can snap shut on prey or objects when sensory hairs on the inside of the mandibles are touched. The mandibles are powerful and fast, giving the ant its common name. The mandibles either kill or maim the prey, allowing the ant to bring it back to the nest.