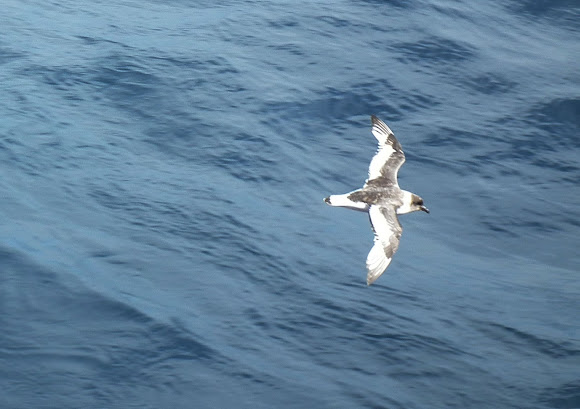 A medium sized petrel, looks quite similar to the cape petrel from a distance, but is bulkier and has brown markings instead of black. The face, back and leading edges of the wings are brown, while the belly, wings and tail are white (though the last two have brown tips).

Open seas mainly, as the name implies we only came across it when we were particularly far south (especially near sea ice). These were seen near the Weddell Sea.

Much less common that the cape petrel, in the places we visited anyway. Sometimes hard to discern between the two when they're far away, but they're easy enough to distinguish once you get a good look. They were very cute