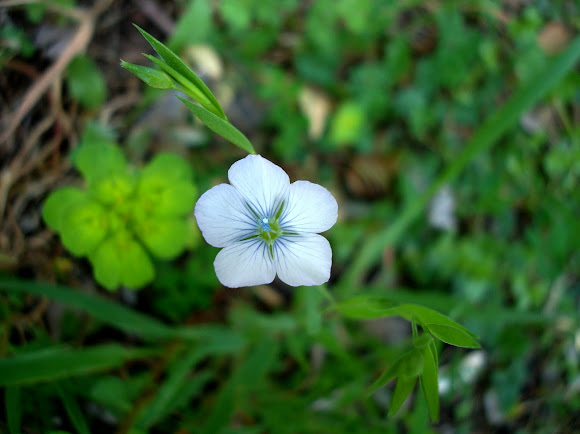 It is a food and fibre crop that is grown in cooler regions of the world. Flax fibres are taken from the stem of the plant and are two to three times as strong as those of cotton. As well, flax fibers are naturally smooth and straight. Flax is an erect annual plant growing to 1.2 m tall, with slender stems. The leaves are glaucous green, slender lanceolate, 20–40 mm long and 3 mm broad. The flowers are pure pale blue, 15–25 mm diameter, with five petals; they can also be bright red. The fruit is a round, dry capsule 5–9 mm diameter, containing several glossy brown seeds shaped like an apple pip, 4–7 mm long.

Mediterranean to India and was probably first domesticated in the Fertile Crescent. Flax was extensively cultivated in ancient Ethiopia and ancient Egypt. A discovery reported in 2009 of spun, dyed, and knotted wild flax fibers in a prehistoric cave in the Republic of Georgia shows that the plant was already in use by humans at the surprisingly early date of 30,000 BC.

Flax is grown for its use as an edible oil, as a nutritional supplement, and as an ingredient in many wood finishing products. Flax is also grown as an ornamental plant in gardens. Flax fibers are used to make linen. The Latin species name usitatissimum means most useful, pointing to the several traditional uses of the plant and their importance for human life.