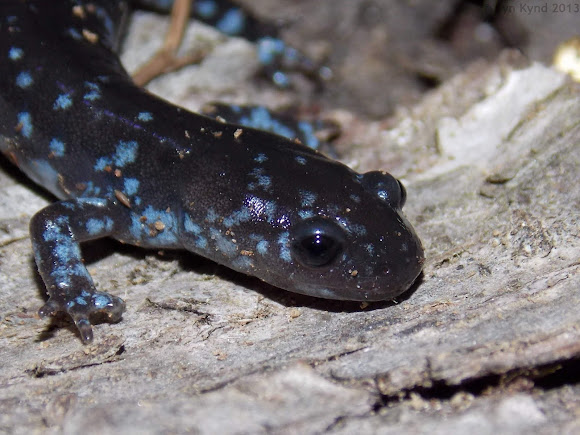 The Blue-spotted Salamander (Ambystoma laterale) is a Mole Salamander native to the Great Lakes states and northeastern United States, and parts of Ontario and Quebec in Canada. Their range is known to extend to James Bay to the north, and southeastern Manitoba to the west.