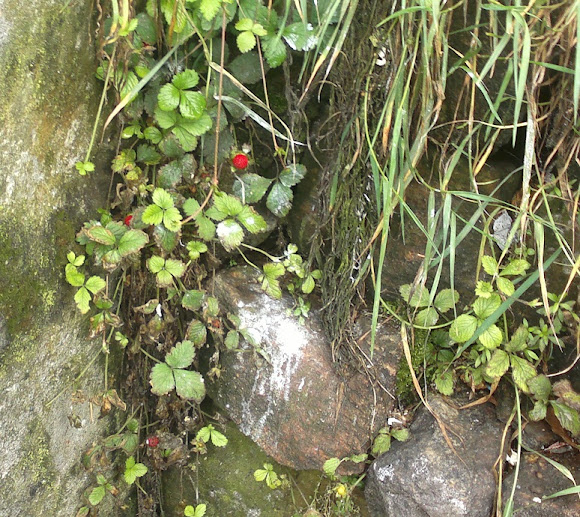 "Potentilla indica (formerly Duchesnea indica), also called mock strawberry, Gurbir, Indian strawberry or false strawberry, has foliage and fruit similar to true strawberry, though it is classified in a different genus, and has yellow flowers, unlike the white or slightly pink flowers of true strawberries. It is native to eastern and southern Asia, but has been introduced to many other areas as an ornamental plant. It has been naturalized in many regions, including the southern United States, and is considered a noxious weed in some regions."