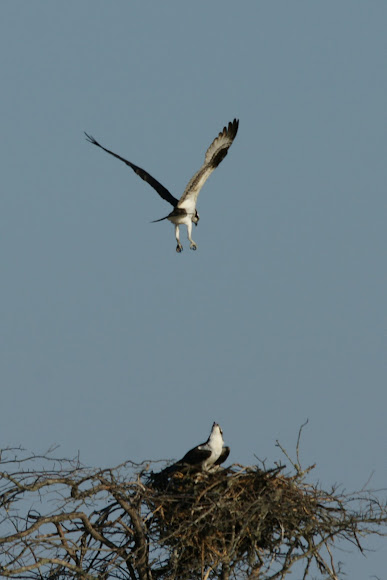 This nest has been occupied for many years. It appeared to have been mostly or completely destroyed by superstorm Sandy so we were very glad to have it occupied again as the osprey returned home. These two birds appeared to be in disagreement over ownership though.