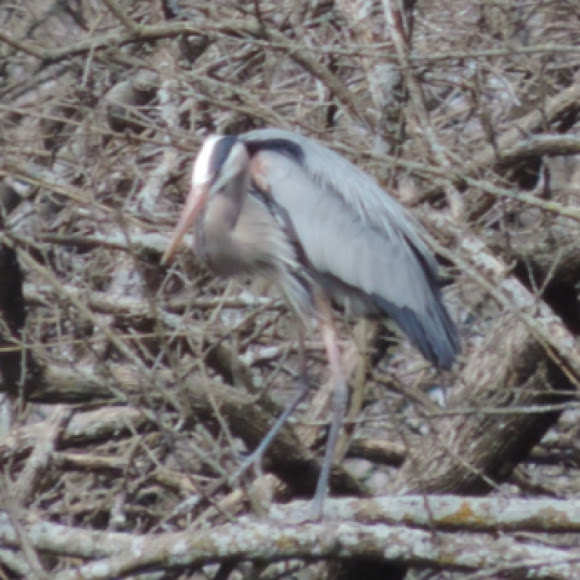 Largest of the North American herons with long legs, a sinuous neck, and thick, daggerlike bill. Head, chest, and wing plumes give a shaggy appearance. In flight, the Great Blue Heron curls its neck into a tight “S” shape; its wings are broad and rounded and its legs trail well beyond the tail. Great Blue Herons appear blue-gray from a distance, with a wide black stripe over the eye. In flight, the upper side of the wing is two-toned: pale on the forewing and darker on the flight feathers.