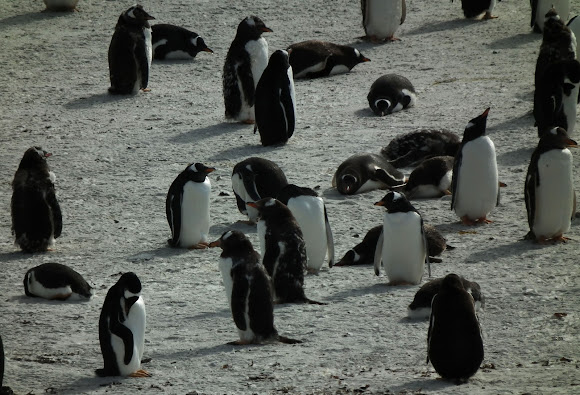 Like many penguins, the gentoo breeds in large colonies. There are at least 80 around the Falklands, mainly on sandy or shingle beaches. The eggs are laid in October, and the babies fledge in early February (you can see them, they're the rather scruffy looking birds!). This colony must have been at least a thousand strong!

This is a gentoo colony that is found on the sandy beaches of Yorke Bay, under an hour's walk away from Stanley.

Thanks Mona! They are such lovely animals :)