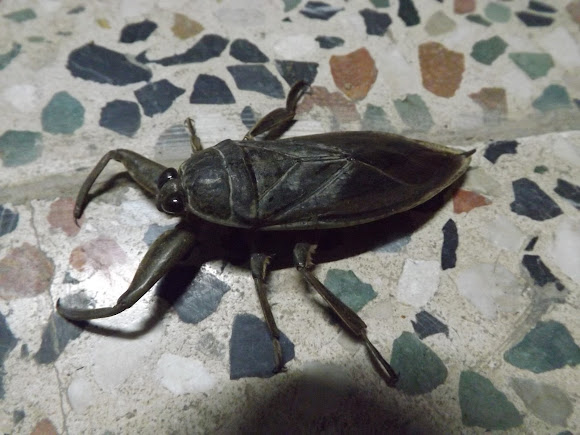 Belostomatidae is a family of insects in the order Hemiptera, known as giant water bugs or colloquially as toe-biters, electric-light bugs and Alligator Ticks or Fleas (in Florida). They are the largest insects in the order Hemiptera, and occur worldwide, with most of the species in North America, South America, Northern Australia and East Asia. They are typically encountered in freshwater streams and ponds. Most species are relatively large (2 cm or more) with some of the largest, such as Lethocerus, exceeding 12 cm, and nearly reaching the dimensions (length and mass) of some of the larger beetles in the world. Giant water bugs are a popular food in Thailand.