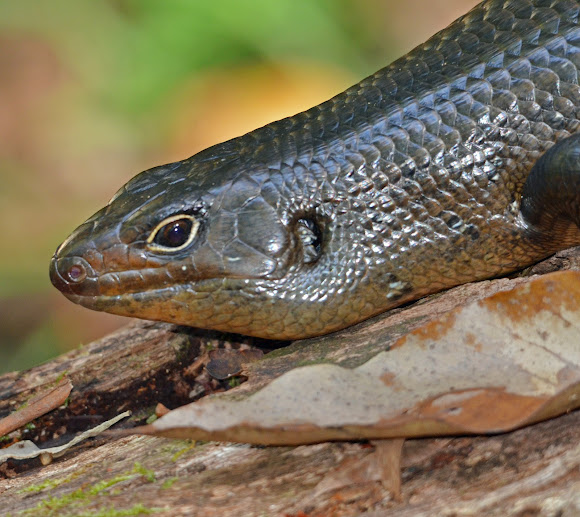 The land mullet is Australia's largest skink (Scincidae) and one of the largest in the world. At about 60 cm (24 inches) this one was about as large as they can get. Check the whole series to see the entire skink and its powerful body.

Thanks Jemma, Larry, Argy and Shanna! Argy, I'm at the a loss to understand the origin of the name for that hairstyle but this guy looks 10 times better than anyone with a mullet. Shanna sorry you were not lucky there; I've got a few reptiles in my collection from Lamington (and some encounters not in my collection because we stepped away or they went away: tigers snakes!)

How did these ever catch on as a hairstyle?

Thanks Emily, Luis and Noel!

Man, what a gorgeous lizard! I am a big fan of Australia's shingle-backs but this guy is pretty awesome himself! Thank you for sharing!

Great spot of this big guy! Thanks for sharing Daniele!

Thanks Satyen! Unfortunately after the 5th shot it decamped before I could get the tip of the tail in :-)

Fantastic series Daniele! He sure is big :-)