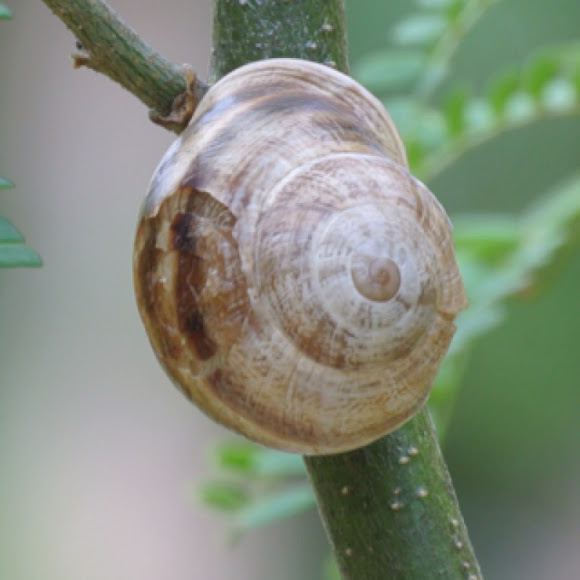 The milk snail, Otala lactea, is a large, terrestrial and air-breathing snail that feeds on plants. As the picture shows you above, the shell of Otala lactea can be quite variable in coloration but is usually light brown with dark brown lines that spiral along the shells whorls. Archeology in Morocco has shown this snail was a staple of diets to prehistoric humans and in modern times it is considered a favorite from Spain to Italy

This snail's shell has been damaged in two places, but it has survived.