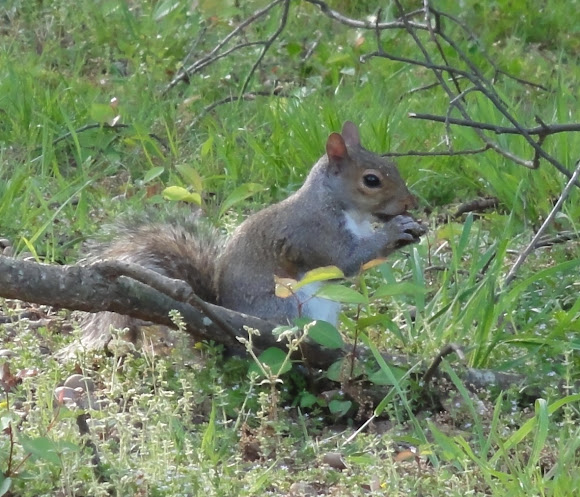 The gray squirrel (Sciurus carolinensis) is the most common species in Georgia. It is found statewide in both rural and urban areas. Gray squirrel adult weights range from 12 ounces to one and a half pounds. Though there is some color variation among gray squirrels, most are very similar in appearance.

Spotted in a neighborhood in Kennesaw, GA

Sorry - this clearly does not belong in the "Butterflies and Moths" Mission - but it won't let me remove it.