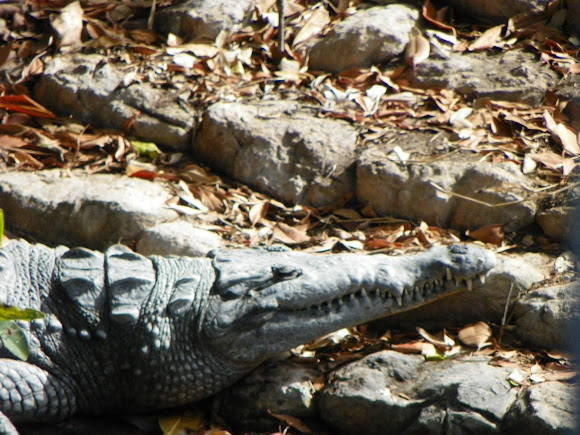 American crocodiles are one of the larger species of crocodiles. In Florida they can get as large as 17 feet long, are usually 13 to 14 feet from head to tail. Since the 1990's this specie of crocodile has been seen as an endangered species by the IUCN Red List. In the 1930's into the 1960's, they were hunted for their hides, aligators were also at that time being hunted for the same reason. Today there is around 500-550 in America.

I was this at Flamingo Visiter Center, Everglades National Park, Florida.