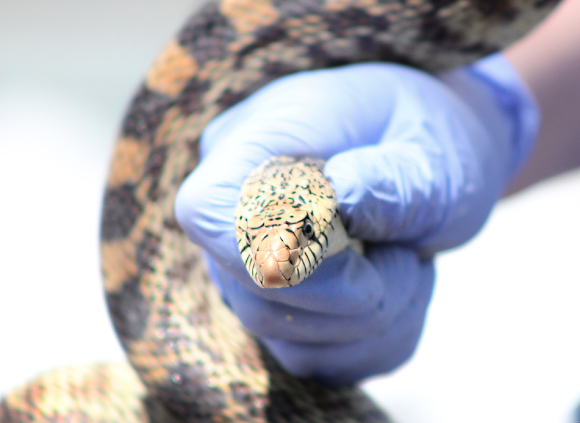 This is one of our resident bull snakes at the Birds of Prey Foundation. He/she is often found warming itself in the morning sun. One of our male volunteers mentioned that he kept seeing a large 6ft snake. To prove him wrong, a colleague (also a girl) and I decided to catch the snake. We measured the snake which was a little over 4 ft. It was relatively mellow and after a few quick pics we released him.

HaHa! Yes Tom that is true! He/she was a very handsome snake!

Nice snake! Snakes always seem to be reported larger than they really are. At least the volunteer didn't say it was a rattler:-)