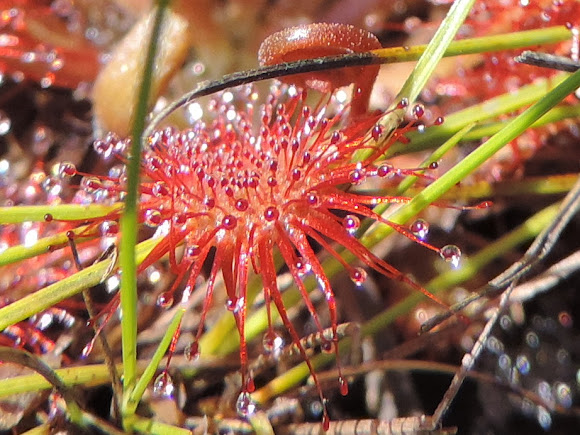 A variable, rosette-forming sundew with spoon-shaped leavesMembers of this genus have stalked glands on the leaves. these glands exude a clear sticky secretion which aids in the insect-catching ability of the leaf. The flowering season is June to August. Look for this plant in wet areas. It will grow into the water and sometimes over the surface in dense mats.

The Mississippi Sandhill Crane National Wildlife Refuge is part of the Gulf Coast Refuge Complex, which includes Grand Bay NWR and Bon Secour NWR. The refuge was established in 1975 under authority of the Endangered Species Act to protect the critically endangered Mississippi sandhill cranes and their unique, and itself endangered, wet pine savanna habitat.