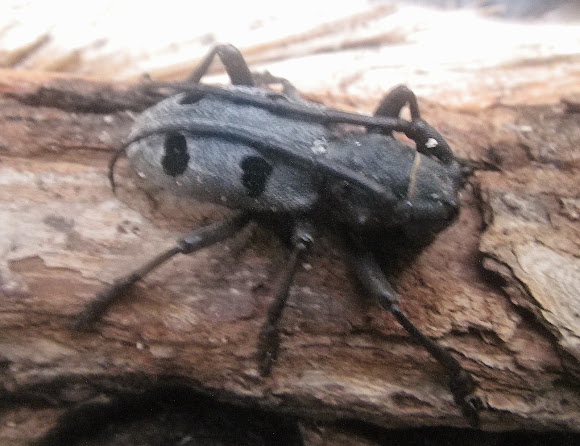 Adult insect is gray in color with four large, black spots on the dorsal side of the abdomen. Like other longhorn beetle, has a long antenna to which one can distinguish males from females. In fact, while in males whose length exceeds the length of the body, with females are either the same length or shorter. These insects do not fly and feed on the bark

nocturnal species, it is found hiding in piles of cordwood

Inhabited the Balkan Peninsula, the Mediterranean and Central European countries Classified as Vulnerable (VU) on the IUCN Red List