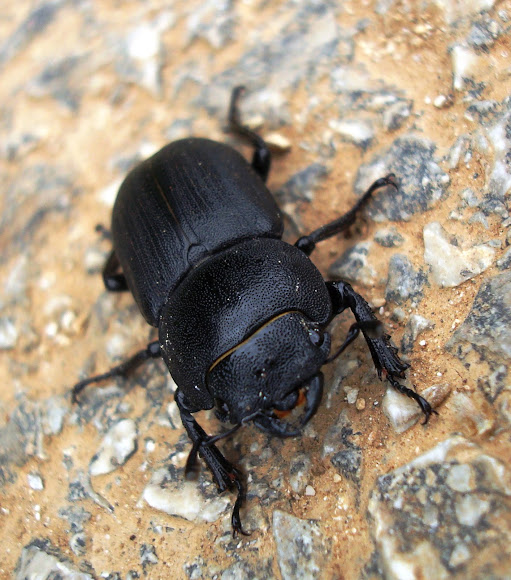 Both sexes resemble the female stag beetle (Lucanus cervus), though they are a uniformly blackish colour rather than having the chestnut brown wing covers of the larger species. Males have distinctly knobbed antennae, and although their jaws are somewhat larger than those of the females, they are nowhere near as large as those of many other male stag beetles.

It is found in Europe. Adults are from 18 - 32 mm in length. Like those of other stag beetles, the white, C-shaped larvae feeds on wood. Adults as well as larvae are found in very soft decaying wood of broad-leaved trees, especially ash (Fraxinus excelsior), beech (Fagus sylvatica) and apple (Malus spp). Adults are active in summer and disperse by flying, and sometimes coming to outside lights.