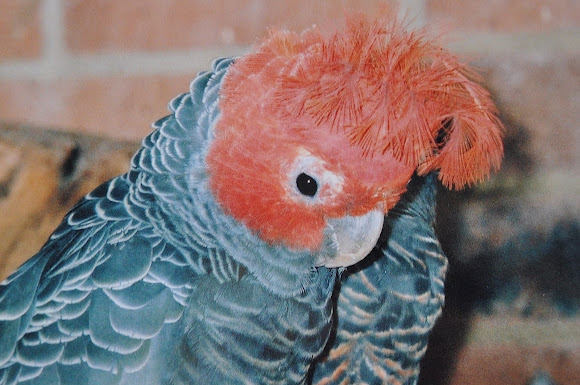 Uncommon but ranges in south-eastern Australia. I spotted this one in the Rainbow Jungle in Kalbarri.

I have these guys in my area but have not as yet been able to photograph them here. They are a spectacular bird to see.

They are a great bird to see in the wild, very striking and they make a squeaky door noise which is very distinctive.