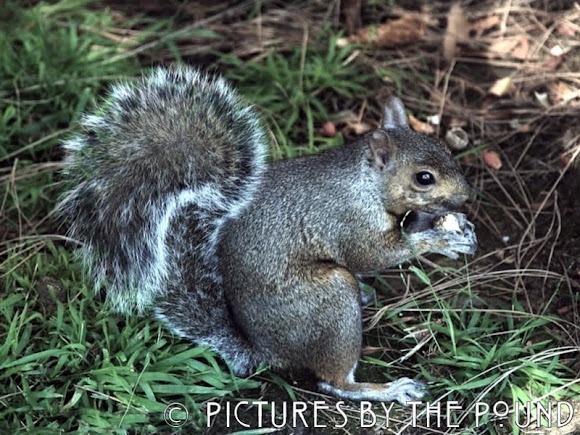 Mostly grayish brown, with a pale belly and bushy tail. May also be colored black or white.