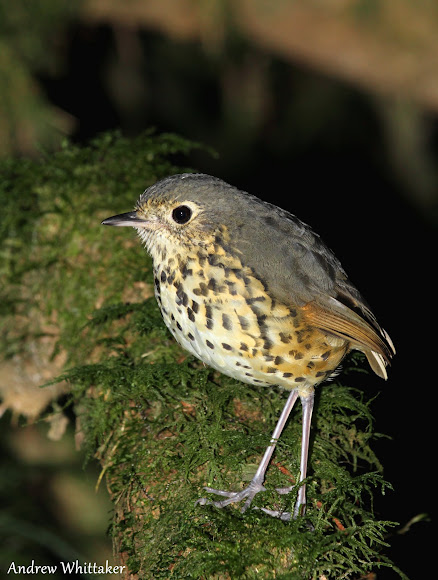 Words can not really define the feeling of excited anticipation as one attempts (using playback) to draw out an elusive forest dwelling antpitta into view! Remaining motionless and after much patience (and with luck) suddenly a secretive gem like this wonderful Speckle-breasted Antpitta (Hylopezus nattereri) materializes right in front of you! Acknowledgments to FLONA team.

The southern population inhabit patch of both Araucária and deciduous forest on escarpments.