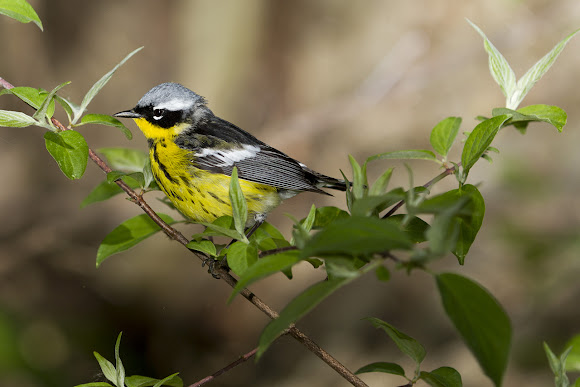 Cool Facts •Though it has very specific habitat preferences in the breeding season, the Magnolia Warbler occupies a very broad range of habitats in winter: from sea level to 1,500 meters elevation, and most landscape types, except cleared fields. •The name of the species was coined in 1810 by Alexander Wilson, who collected a specimen from a magnolia tree in Mississippi. He actually used the English name "Black-and-yellow Warbler" and used "magnolia" for the Latin species name, which became the common name over time. •The male Magnolia Warbler has two songs. The first song, issued in courtship and around the nest, consists of three short phrases with an accented ending. The second song, possibly issued in territory defense against other males, is similar to the first but is sweeter and less accented.

Beautiful bird captures in your collection!