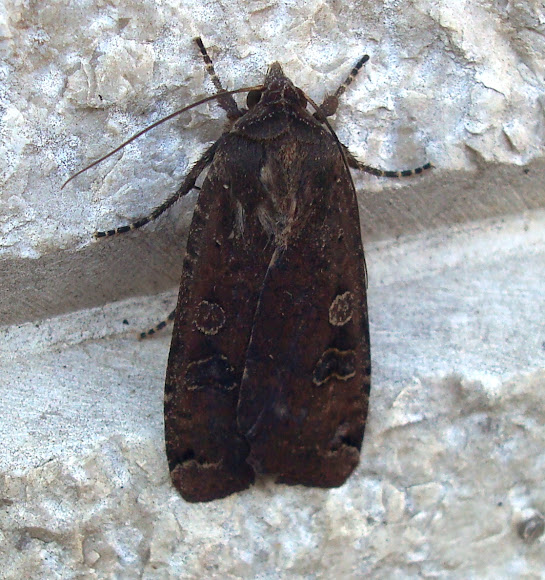 This is a quite large and heavy moth with a wingspan of 50–60 mm. The forewings are quite variable from light brown to almost black. The darker individuals often have a pale streak along the costa. The hindwings are bright orange-yellow with a black sub-terminal band. As with other Noctua species (and numerous other insects), this contrast of drab-at-rest and bright-in-flight is used to confuse potential predators. This species flies at night from July to September but I have spotted it already in May and is attracted to light, sometimes in huge numbers.

It is an abundant species throughout the Palearctic ecozone, one of the most common and most familiar moths of the region. In some years the species is highly migratory with large numbers appearing suddenly in marginal parts of the range.