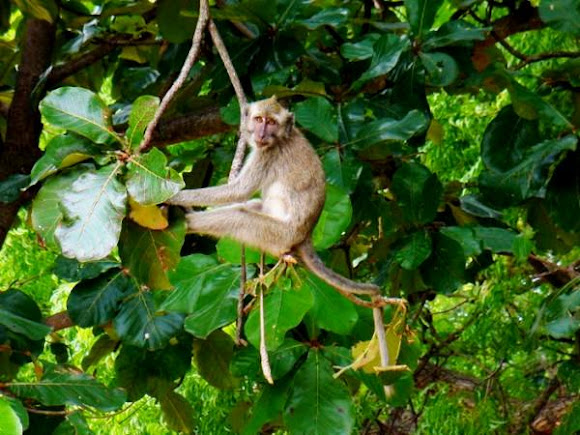 Long-tailed macaque (Macaca fascicularis) is a monkey native to Southeast Asia but are now scattered in various places in Asia. This monkey is very adaptive and including wild animals that can follow the development of human civilization. In addition to performing animals, monkeys are also used in medical experiments.

The crab-eating macaque lives in a wide variety of habitats, including primary lowland rainforests, disturbed and secondary rainforests, and riverine and coastal forests of nipa palm and mangrove. They also easily adjust to human settlements; they are considered sacred at some Hindu temples and on some small islands, but a pest around farms and villages. Typically, they prefer disturbed habitats and forest periphery. The native range of this species includes most of mainland Southeast Asia, from extreme Southeastern Bangladesh down through Malaysia, and the Maritime Southeast Asia islands of Sumatra, Java, and Borneo, offshore islands, the islands of the Philippines, and the Nicobar Islands in the Bay of Bengal.