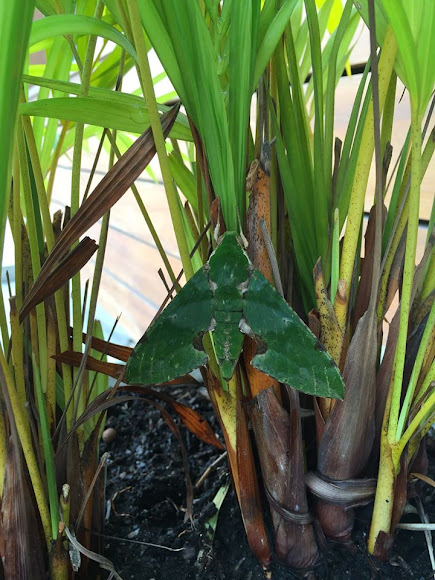 It was standing on a palm tree vase, on a main street in the city center of Luanda, in Angola. My findings put this species in Angola but not the subspecies, so I would appreciate some help

What a gorgeous moth Sofia.
There is no need to get down to subspecies for the scientific name field. We only want the straight binomial 'Genus species'. Any other information is good to go into your notes.
As you suggested 'Euchloron megaera' looks pretty good to me. Here's an almost identical one found near Luanda. https://static.inaturalist.org/photos/45...

it was from africanmoths that I got a previous identification but the habitat wasn't so convincing... great link the one you sent Whats That Bug :)