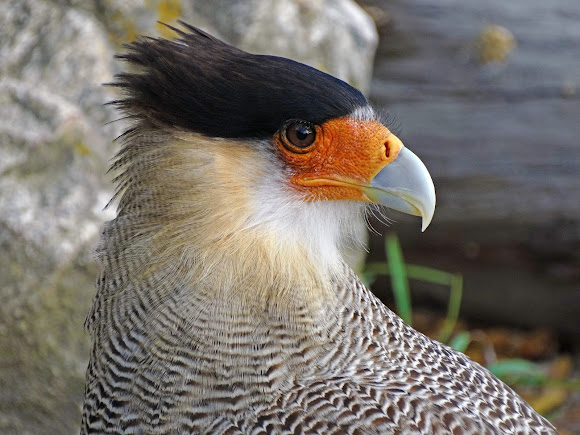 The Southern Crested Caracara occurs from Tierra del Fuego in southernmost South America north to the Amazon River region and southern Peru. An isolated population occurs on the Falkland Islands. It avoids the Andean highlands and dense humid forest, such as the Amazon rainforest, where it is largely restricted to relatively open sections along major rivers. Otherwise, it occurs in virtually any open or semi-open habitat and is often found near humans.

Beautiful bird! Where did you get these wonderful shots?

Great capture Aisse,beautiful,congrats on the SOTD and thanks for sharing such a amazing spotting page

Congrats on your SOTD Aisse!

Congratulations on this stunning SotD !

What a stunning portrait of a beautiful bird! Congrats Aisse, this has earned you spotting of the day!

The Southern Caracara is a distinctive raptor that inhabits open areas of central and southern South America.

i find these birds simply spectacular~