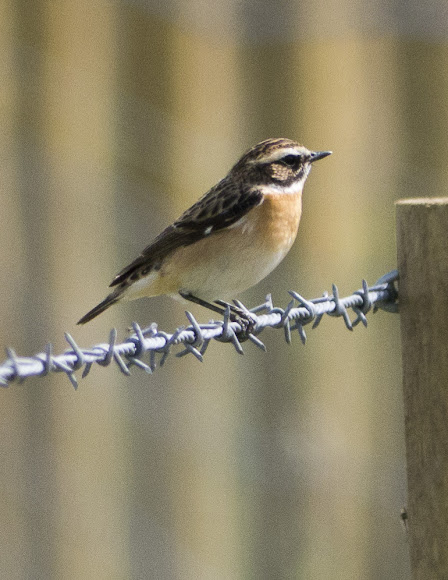 After wintering In Africa these birds appear in Britain around April time for breeding, they nest on the ground so favour open heathlands where there is plenty of cover. The Male finds a post or prominent perch ( as in photo 2-4) to deliver his short but melodic song to attract a female. This one was sat on this fence post at the side of the path for ages and would just hop further along it as I tried to progress round the trails instead of flying off.

seen near the marshes in Potteric Carr reserve.

Thank you Jared, I think they left you to come to us :-)