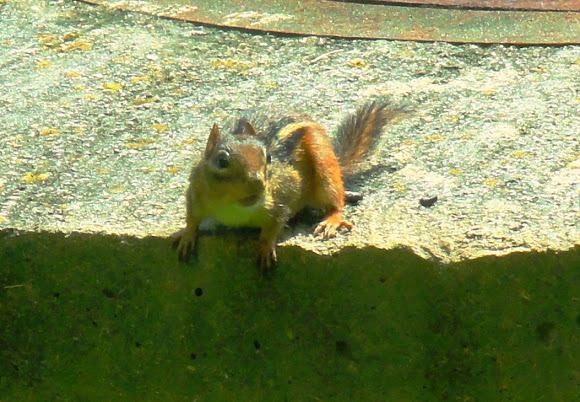 This little guy (or gal) lives in or near that sewer cap you can see in the second picture. This is right outside our office window, and it (or its predecessor) has entertained us for the past 2 years. In this picture it is engaged in battle royale with a neighboring chipmunk (not pictured which was slinking around in the bushes and chirping back with equal ferocity.

The eastern chipmunk lives in deciduous wooded areas and urban parks throughout the eastern United States and southern Canada.

Spotted through my office window.