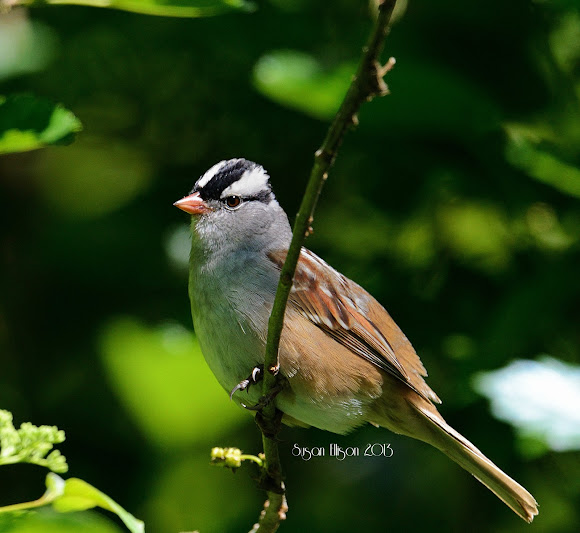 migrating thru High Island, TX. First impressions of White-crowned Sparrows tend to be of a plain, pale-gray bird; next your eye is drawn to the very bold black-and-white stripes on the head and the pale pink or yellow bill. Learn this bird's size and shape so you're ready to identify young birds that have brown, not black, markings on the head.

brush mix with open or grassy ground for foraging. For much of the United States, White-crowned Sparrows are most likely in winter (although two races live year round in the West, along the coast and in the mountains).

•Because male White-crowned Sparrows learn the songs they grew up with and do not travel far from where they were raised, song dialects frequently form. Males on the edge of two dialects may be bilingual and able to sing both dialects.

Very beautiful pictures Susan... I like them a lots..