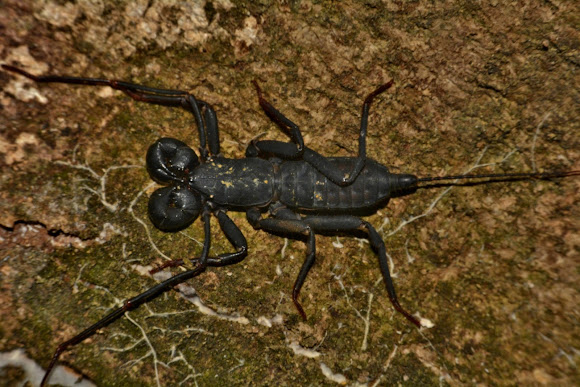 Thelyphonida is an arachnid order comprising invertebrates commonly known as vinegaroons (also spelled vinegarroons and vinegarones). They are often called uropygids in the scientific community after the former order Uropygi (which originally also included the order Schizomida). They are also known as whip scorpions because of their resemblance to true scorpions and because of their whiplike tail.