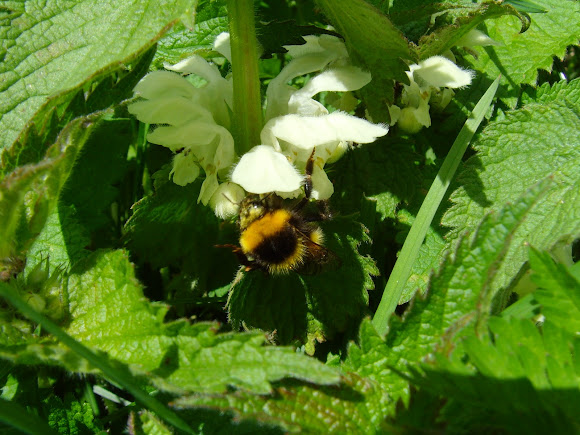 Generally found in rural and some leafy urban areas where they can gather pollen from flowering plants. Their nests are usually built underground.

This Buff-tailed Bumblebee was photographed harvesting pollen from flowering white nettles (Lamium album) on the edge of a field of Winter Wheat at Coates Farm (Royal Agricultural University, Cirencester) while out crop walking.