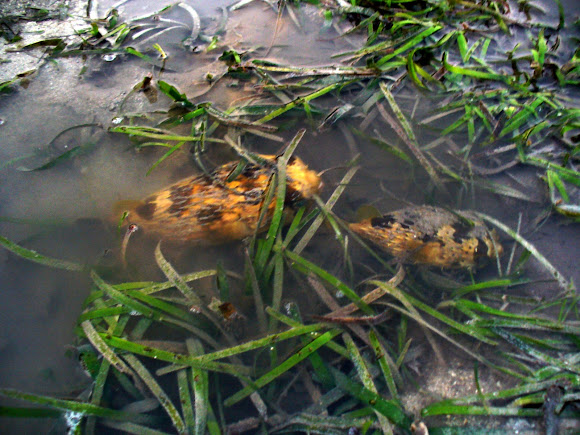 Biologists think pufferfish, also known as blowfish, developed their famous “inflatability” because their slow, somewhat clumsy swimming style makes them vulnerable to predators. In lieu of escape, pufferfish use their highly elastic stomachs and the ability to quickly ingest huge amounts of water (and even air when necessary) to turn themselves into a virtually inedible ball several times their normal size. Some species also have spines on their skin to make them even less palatable. A predator that manages to snag a puffer before it inflates won’t feel lucky for long. Almost all pufferfish contain tetrodotoxin, a substance that makes them foul tasting and often lethal to fish. To humans, tetrodotoxin is deadly, up to 1,200 times more poisonous than cyanide. There is enough toxin in one pufferfish to kill 30 adult humans, and there is no known antidote.They range in size from the 1-inch-long (2.5-centimeter-long) dwarf or pygmy puffer to the freshwater giant puffer, which can grow to more than 2 feet (61 centimeters) in length. They are scaleless fish and usually have rough to spiky skin. All have four teeth that are fused together into a beak-like form. The diet of the pufferfish includes mostly invertebrates and algae. Large specimens will even crack open and eat clams, mussels, and shellfish with their hard beaks. Poisonous puffers are believed to synthesize their deadly toxin from the bacteria in the animals they eat. Some species of pufferfish are considered vulnerable due to pollution, habitat loss, and overfishing, but most populations are considered stable.