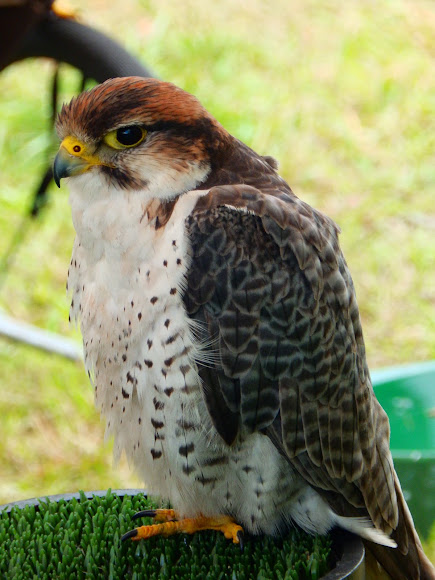 Found in Africa and Europe. The European has slate grey or brown-grey upperparts whereas most African subspecies are a paler blue grey above. The breast is streaked in northern birds, resembling greyish saker falcons, but the lanner has a reddish back to the head. Sexes are similar, but the browner young birds resemble saker falcons even more. However, sakers have a lighter top of the head and less clear head-side patterns. The lanner's call is a harsh "wray-e".