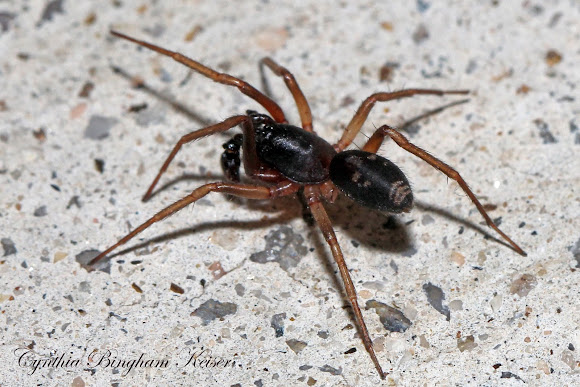 This spider is from South America and I found it in my backyard! This is the second time I've spotted this species on my property. The first one is a male. the female can be seen at my other spotting: http://www.projectnoah.org/spottings/171... Third time was a charm and it was confirmed to be Falconina gracilis. I found a fourth spider and it was sent to the same entomologist for study.

Under porch light at night in the backyard. Originally from South America. The scientific note was published in the The Pan-Pacific Entomologist in the Oct 2013 edition and the range was expanded to California.