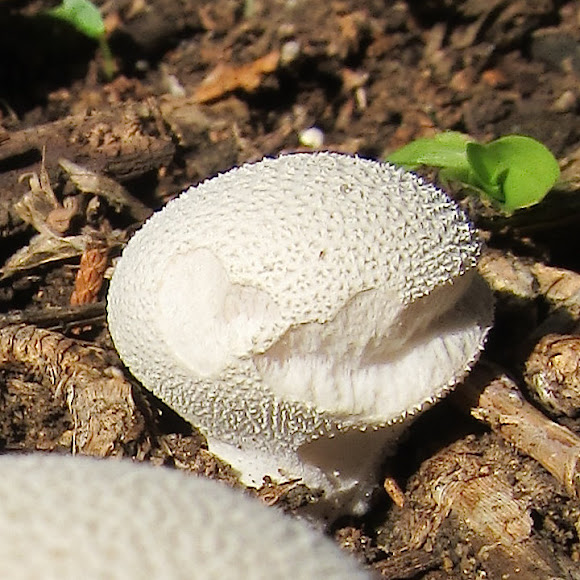 Bovista is a genus of fungi in the family Agaricaceae, commonly known as the true puffballs. There are 46 species of Bovista which have a widespread distribution, and are found largely in temperate regions of the world. I've selected B. brunnea as the ID for this spotting simply because it is known to grow in Queensland. http://qldfungi.org.au/wp-content/upload... Another ID possibility is Lycoperdon perlatum - http://www.projectnoah.org/spottings/112...

Growing on soil, some grass, and dry conifer litter. These were spotted in my yard.

What I found very unusual about this spotting is that, even though it's a puffball specimen, it was splitting like an earthball (photo #1). It was only when the specimen aged that the pore appeared and it took on the more traditional puffball appearance (photo #2).