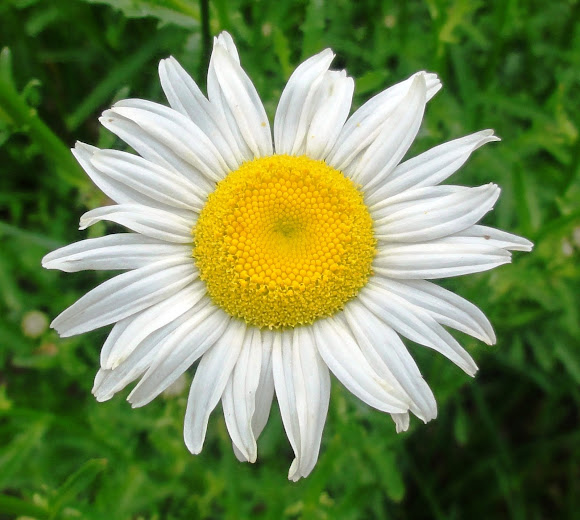 This much-loved flower is an import from its native Europe and Asia, and is naturalized in every state in the United States and almost all of Canada. In some habitats it is an invasive species forming dense colonies displacing native plants and modifying existing communities, and is classified as a noxious weed. It is officially considered a noxious weed in Colorado, Montana, Ohio, Washington, and Wyoming, so consider carefully before planting it.

A typical grassland perennial wildflower, growing in a variety of plant communities including meadows and fields, under scrub and open-canopy forests, and in disturbed areas. Spotted in a field near the detention/retention pond in an office building complex in Kennesaw, GA.

Edibility: The un-opened flower buds can be marinated and used in a similar way to capers.

Didn't know that about the flower buds. Thanks for sharing the lovely pics.