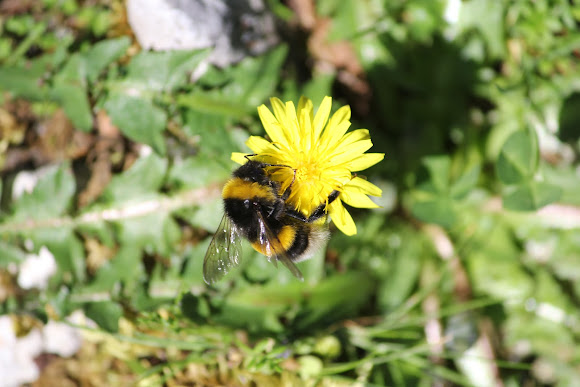 B. terrestris is part of the order Hymenoptera, which is composed of ants, bees, wasps, and sawflies. The family Apidae specifically consists of bees. It is also part of the subfamily Apinae. There are 14 tribe lineages within Apinae, and B. terrestris is in the bumblebee tribe, Bombini. It is in the genus Bombus, which consists entirely of bumblebees, and the subgenus Bombus sensu stricto.

B. terrestris is most commonly found throughout Europe and generally occupies temperate climates. Because it can survive in a wide variety of habitats, there are populations in the near East, the Mediterranean Islands, and Northern Africa as well. Additionally, it has escaped captivity after being introduced as a greenhouse pollinator in countries where it is not native, so this bee is now considered an invasive species in many of these places, including Japan, Chile, Argentina, and Tasmania. Nests are usually found underground, such as in abandoned rodent dens. Colonies form comb-like nest structures with egg cells each containing several eggs. The queen will lay egg cells on top of one another. Colonies produce between 300–400 bees on average, with a large variation in the number of workers