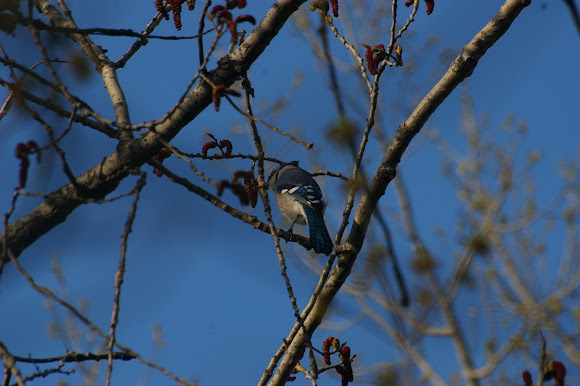 City suburb; foraging along the Saskatchewan river banks in a wooded area.

My first blue jay ever! I was attracted by a light, musical song and was expected a small passerine. Instead of which I discovered this blue jay.

Spotted by
Noah Citizen aka Olivier