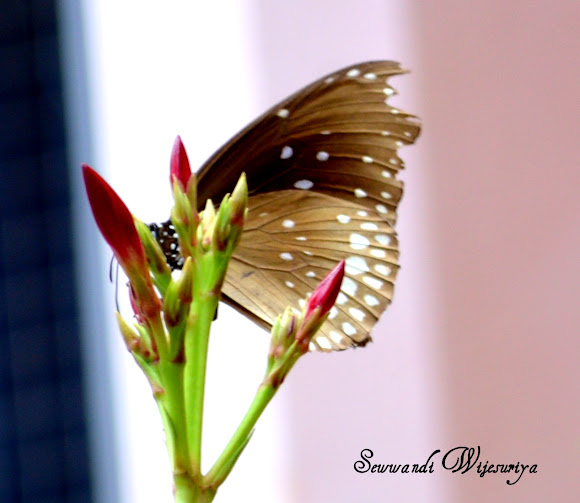 The Common Crow (Euploea core) is a common butterfly found in South Asia. In India it is also sometimes referred to as the Common Indian Crow, and in Australia as the Australian Crow. It belongs to the Crows and Tigers subfamily Danainae (Danaini tribe). The Common Crow is the most common representative of its genus Euploea. Like the Tigers (genus Danaus), the Crows are inedible and thus mimicked by other Indian butterflies (see Batesian mimicry). In addition, the Indian species of the Euploea genus shows another kind of mimicry, Müllerian mimicry. Accordingly, this species has been studied in greater detail than other members of its genus in India.