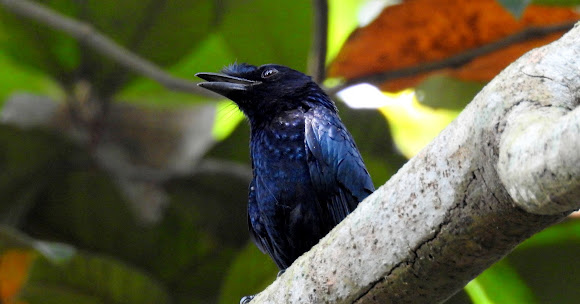 this is the largest of the drongo species and is readily identifiable by the distinctive tail rackets and the crest of curled feather that begin in front of the face above the beak and along the crown to varying extents according to the subspecies. The tail with twirled rackets is distinctive and in flight it can appear as if two large bees were chasing a black bird.

Spotted in my backyard, Ettumanoor, Kerala.