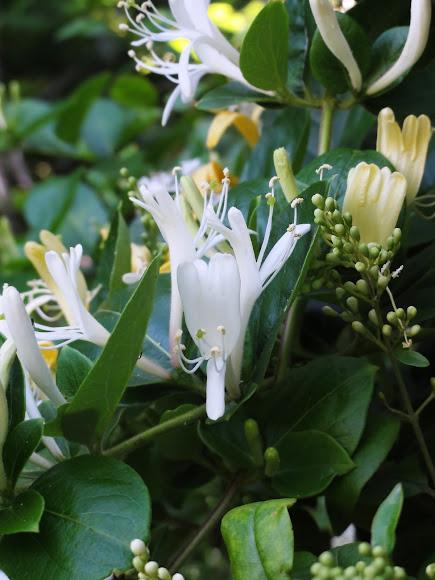 These delicate-looking flowers with their appealing frangrance are everywhere in the south. They provide food and cover for wildlife, but the tangles of foliage caused by rapidly spreading vines choke out native plants.

Native to eastern Asia including China, Japan and Korea. It grows extremely rapidly in the southeastern US and is virtually impossible to control in naturalized woodland edge zones due to its rapid spread via tiny fruit seeds. It forms a tall dense woody shrub layer that aggressively displaces native plants. It is also very difficult to manage in semi-wild areas, such as in large rural yards.

Spotted in wooded ravine behind warehouses in Kennesaw, GA