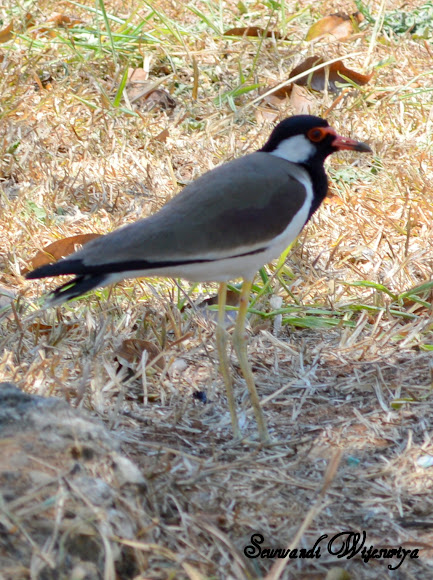 The Red-wattled Lapwing (Vanellus indicus) is a lapwing or large plover, a wader in the family Charadriidae. It has characteristic loud alarm calls which are variously rendered as did he do it or pity to do it leading to colloquial names like the did-he-do-it bird. Usually seen in pairs or small groups not far from water but may form large flocks in the non-breeding season (winter)