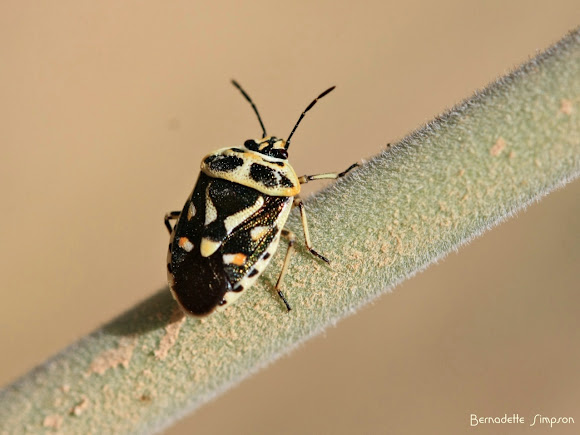 "The adult bug is 5 to 7 millimeters in length, shield-shaped, and black with white and orange markings." ~wiki

spotted in a coastal desert wadi; "It is native to much of eastern and southern Africa and parts of southern Europe and Asia. It is known elsewhere as an introduced species, including California and Arizona, where it was first reported in 2008." ~wiki