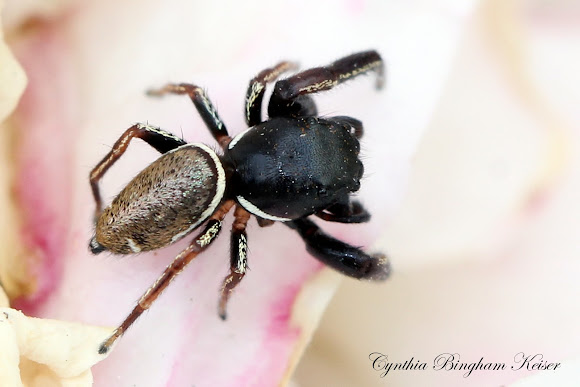 Black, gold and white spider. The cephalothorax is black as well as most of the two front legs. The abdomen is gold with white and black outlining. There are two short lines on either side. The back six legs are brown with black and gold on one segment. "The body is covered in iridescent scales which flash either green or gold in strong light (often doesn't show up well in photographs). This iridescence has been explained as mimicking of certain beetles, but more recently it's been suggested that it may be for mimicking of water droplets."

The female can be seen at: http://www.projectnoah.org/spottings/171...