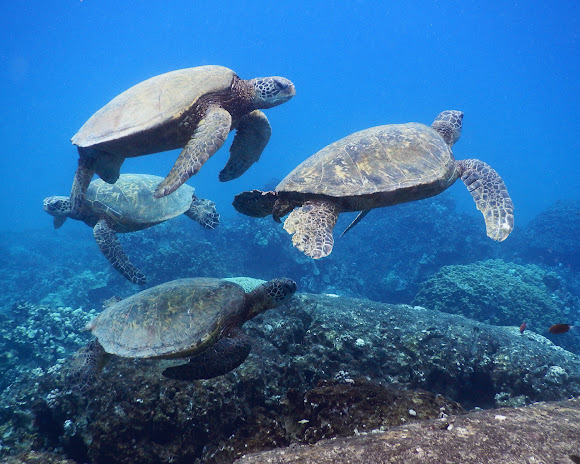 I found three sea turtles swimming in circles around one another, then a fourth joined in moments later (anyone know what a group of sea turtles is called?). They all kept going around, like a strange, undersea honu dance. Best part is, when the show was over one swam over and got in my face. Did she not want me watching their show?

Funny right? It almost looks upset with me, perhaps for interrupting their little get-together?

AbbieRR, I know you love sea turtles. There is a mission dedicated to them here on PN, at this link. You should add yours to the mission.

This is your best turtles spotting!

Yes, we rarely see 3, I was even more amazed when number 4 showed up!