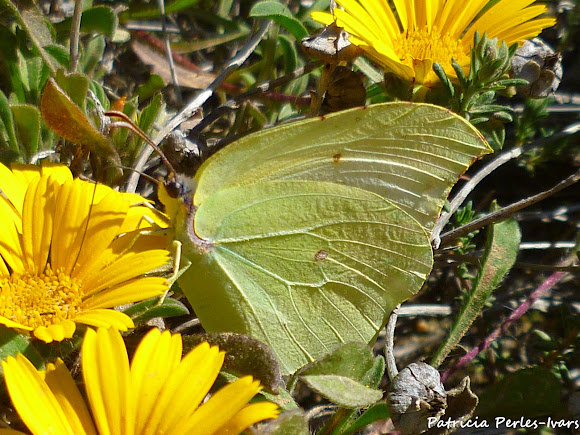 On the upper side the male is sulphur yellow and the female white with a greenish tinge but both have an orange spot in the centre of each wing. They never settle with their wings open and from the underside the sexes are more difficult to separate but the female is still paler. G. rhamni is one of the longest lived butterflies, living up to thirteen months, although most of this time is spent in hibernation. As it is often the first butterfly to be seen in the spring, sometimes as early as January when hibernating adults are awoken on a sunny day. Brimstone butterflies spend the summer feeding on nectar to build up energy reserves for the winter and by the end of August they are already beginning their long sleep