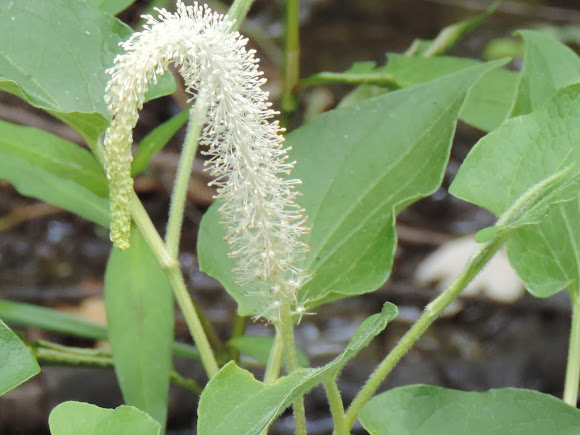 Lizard's Tail gets its name from its flower stalk, which somewhat resembles a lizard's tail. Many tiny white flowers make up a raceme. A raceme is a group of flowers in a long narrow column. Lizard's Tail racemes grow up to six inches long, and droop from a stalk which is three inches long. The leaves are heart-shaped, about five inches long, and dark green. This plant can grow up to five feet tall, but much of the plant will be underwater. Lizard's Tail has hairy stems above the water line, but it also has stems you can't see. These stems are called rhizomes, and they aren't just underwater, they're also under the mud. Rhizomes can grow sideways and send up new plants.