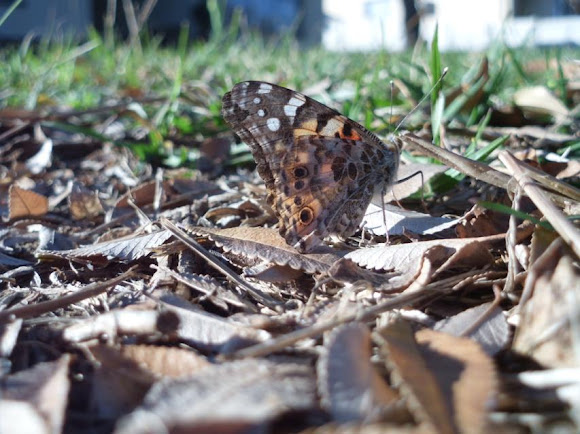 the Painted Lady is a large butterfly (wing span 5–9 cm (2.0–3.5 in)) identified by the black and white corners of its mainly deep orange, black-spotted wings. It has five white spots in the black forewing tips and while the orange areas may be pale here and there, there are no clean white dots in them

In Europe it migrates annually between North Africa, including Morocco, and northern Europe, using a sun compass for orientation. It was originally thought that the northward movement was a 'Pied Piper' migration, but evidence now exists for an autumn southwards return migration.

I found this in my garden, and made myself look stupid by trying to get good photos of it :)