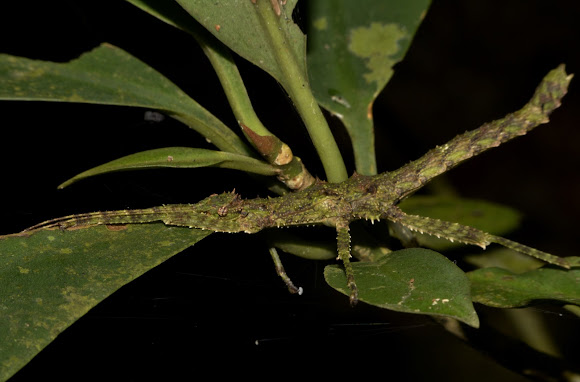 Female Nymph of a Spiny Stick insect, around 4cm in size, they can grow up to 15 cm in size for Female. This specimen is an Obrimus, not exactly sure which specie, could be Obrimus uichancoi. Obrimus uichancoi was described from only one female specimen from Baguio which I also found in Banaue. However, the size of adult female Obrimus uichancoi is smaller than this particular Obrimus

Tropical forest, near river as it seems they like the high humidity