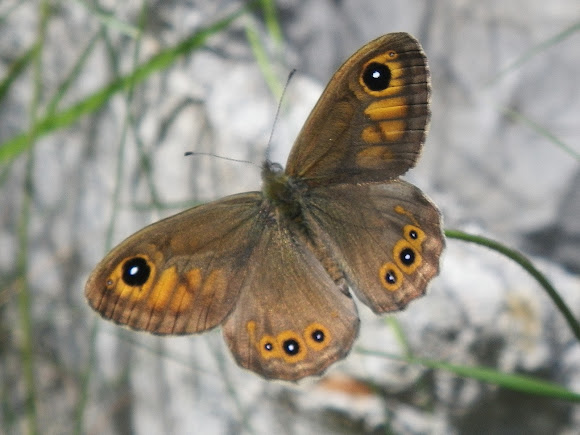 This is resembles the other two Lasiommata species in Europe but it is noticeably larger. The grey undersides are clearly visible in flight alternating with the rich orange brown of the upperside. It is found across most of Europe except the British Isles and the extreme north of Scandinavia. Usually it flies close to rock faces or amongst boulders where it rests to gain heat from the sun and from the rock itself. Here the grey underside markings camouflage it well.

Thanks, Debbie! Here is very common :)

Nice spotting Jopy, the one we don't get :-(