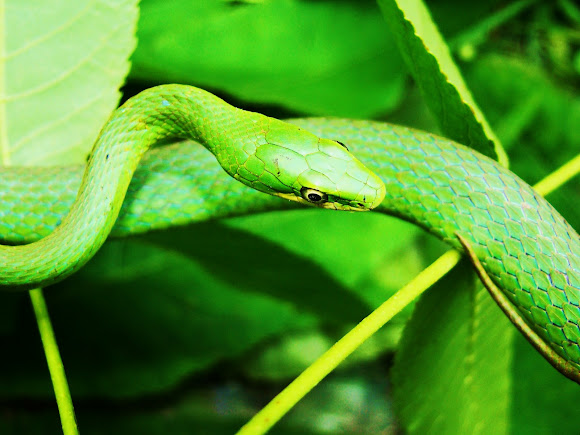 The Rough Green Snake is a small, mostly arboreal, species of non-venomous snake. The native range of this species covers from New Jersey to Florida and as far west as central texas and northeastern Mexico. They are thin, long snakes usually topping out at around 45 inches (116 cm).

Being highly arboreal, the rough green snake sticks to trees, bushes, and thick brush. They're often not seen or noticed because of their outstanding green color that blends in with the green forest.

This species is relatively quick and have a higher metabolism than other colubrids. They prey on insects exclusively. They are also fairly common and are of no concern conservation wise.